Smart Lighting Is a Game Changer in Custom Homes

Q: What is thermal mass?

A: Thermal mass is the ability of a material to absorb and store heat energy. For example, a dense material like stone or concrete that helps flatten out temperature swings inside the house is said to have thermal mass. A thick tile floor next to a large, south-facing window will absorb solar energy during the day, keeping the house cooler. Then the floor will gradually give up that heat at night, reducing the load on the heating system.

Custom Remodel at The Ridges 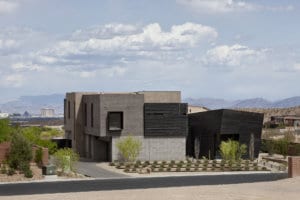 Wireless smart lighting controls are likely in your future. Here’s why.

Mention custom home lighting trends and what comes to mind is the growth of LEDs. But the incandescent bulb isn’t the only thing about to disappear—the wall switch may be going the same way.

That’s because more custom homeowners are opting for “smart” lighting controls that replace conventional switches and dimmers with wall-mounted touch pads that can control settings for multiple lights. With these controls, a homeowner can set specific light levels for everything from vacuuming the carpet to entertaining guests to watching a movie. Lighting has become a dynamic part of the home’s architecture.

Actually, lighting control has been around for years but it never found a mass market. For instance, when Boston-area electronics integrator Ed Webb became a dealer for a new Lutron system in the late 1980s, he considered it a game changer. “I thought it would be in every house on the planet,” he recalls. “Wrong. Most homes still have banks of light switches 30 years later.”

Today, however, lighting design is in the midst of its biggest change ever thanks to LEDs and two wireless technologies.

One Technology is Voice Control

The Other is Wireless Touch Pads

In the past, the only way to get whole-house control was to wire each individual switch or dimmer back to a central cabinet. Now they can talk with each other without all those wires.

The latest touch pads can be programmed with a smartphone to create lighting scenes for different purposes. For example, you could set up a bedside button that—with one touch—turns on specific lights throughout the house when you wake up. Or program a bedroom light to come on gradually in the morning to mimic the rising of the sun.

Although these devices communicate wirelessly, they don’t use the home’s WiFi. Instead, they use point-to-point radio frequency or Bluetooth signals, so if the internet goes down they still work. The system does need WiFi for voice and smartphone control, however.

Besides communicating with each other, individual devices also talk wirelessly to a central controller—a router, basically. The controller is linked via the internet to a cloud server that can be accessed by a smartphone or voice control device.

A phone app gives custom homeowners the ability to control the lights from anywhere or to adjust a given scene. For instance, when going on a trip they might specify that certain lights turn on at specific times to make it look like someone is home. A few days after leaving, they might use the app to change the scene so it’s less predictable.

If the custom home has a voice controller, the homeowners can tell it to activate a scene while at home. This could be as simple as saying, “Alexa, it’s bedtime.”

Some systems have a built-in astronomic time clock so that light levels can be adjusted according to time of day, saving energy. Others can control accessory devices made by the same manufacturer—for instance, to automatically open window shades at a certain time.

Most of today’s smart lighting control systems have geofencing capability, which means your phone can signal the router to switch on certain lights when you turn onto your street or into the driveway. You’ll never have to worry about coming home to a dark house.

As more people install these systems,luxury custom homes that have them will become more desirable to homebuyers. That, along with the many benefits available today, could make smart lighting control a must-have in any new custom home.